Tracey Gets Nominated For The London Evening Standard Theatre Awards!

The longlist contenders have just been revealed for the 57th London Evening Standard Theatre Awards, in association with Vogue. 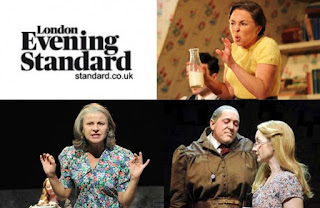 The shortlist will be published in the week beginning 7th November and the winners will be announced at a ceremony at the Savoy Hotel on 20th November.