"Tracey Ullman's State of the Union" On Tonight In Australia! 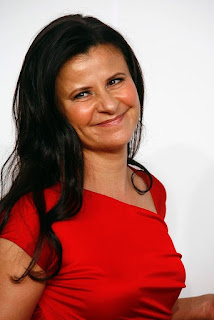 Of all the genres within the comedy portfolio, sketch is by far the most difficult. Unlike narrative, whose frequent pauses are merely momentary, when a sketch lands soft, it gouges a deep chasm. Even the legendary French and Saunders, with all due respect, probably only had a 50-50 hit rate with their sketch series.
Tracey Ullman comes off a high base – her earlier HBO sketch series Tracey Takes On . . . was frequently brilliant and created characters, including Fern Rosenthal, Linda Granger and Ruby Romaine, whose punchlines and mannerisms still resonate.

State of the Union, a sort of Americanised Little Britain, carves a slice of American life with mixed results. Some sketches work, some don't.