TWITTER users lauded a hilarious comedy sketch after comedians compared Nicola Sturgeon’s plans for Scottish independence to those of a “James Bond villain”.


Comedian Tracey Ullmann, who returns with a second series of Tracey Ullman’s Show on BBC One, mocked the SNP leader as she bids for “Scottish supremacy”.

In the fictional sketch, Ms Sturgeon can be seen arriving at a secret Bond villain-style lair beneath Edinburgh Castle, where she has kidnapped Harry Potter author J.K Rowling.

Ms Sturgeon, played by Ullmann, is supported by a fictional version of MP Mhairi Black, who is acting as her SNP leader’s security, while she interrogated the pro-Union author.

Rowling, whose face is covered by a tartan hood and arms are tied, is yelled at by the two Scottish politicians, as they demand she backs their bid for independence. 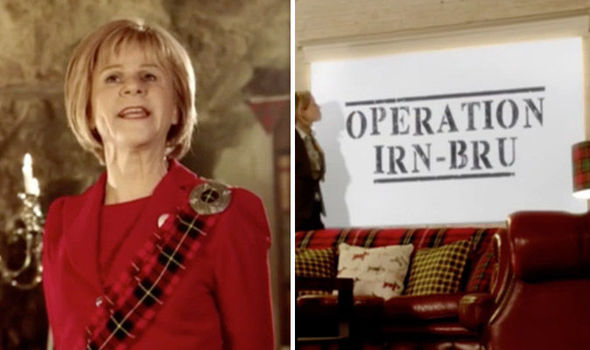 "Tracey Ullman got Nicola Sturgeon off to a tee, you’ve got to laugh"

Muttering anti-English jibes and waving a smartphone, Ms Sturgeon demands the author “get on Twitter and tell your seven billion followers that now you are not only a supporter of Scottish independence but Scottish supremacy, too”.

And in a moment that left viewers howling, she unveils her secret plans to the author, entitled: “Operation Iron-Bru”, after Scotland’s favourite carbonated drink.

Amused viewers took to Twitter to laud the comedian for her portrayal of the politician, claiming that she had “showed her up for what she is, a mentalist crackpot”.

One user wrote: “The Operation Iron-Bru sketch was hilarious.” 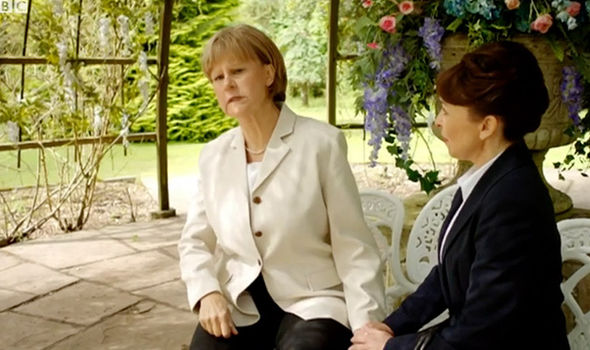 Another posted: “Tracey Ullman got Nicola Sturgeon off to a tee, you’ve got to laugh.”

Even Ms Sturgeon’s supporters were entertained, one said: “Absolutely loved the J.K Rowling and Nicola Sturgeon sketch. I’m a bid fan of both women but that sketch was still hilarious.”

Not content with targeting one politician with her comedy, Ullman also took aim at under fire German Chancellor Angela Merkel.

In the equally as scathing sketch, she plays the German who is breaking under the pressure of her ratings slump in the run-up to the German election.

‘Ms Merkel’ after being comforted by her assistant breaks into song in a self-loathing song, mocking Brexit and her failed refugee acceptance policy.

“I thought they were my friends,” she sings. “I thought that we were cool. Now I’m like the stupid dummy that no-one likes at school.

“Behind my back, they’re laughing. Especially the Brits. They’re like, ‘Angela, whatever’, those two-bit Brexit s****.”

Another said: “Tracey Ullman’s impression of Angela Merkel is spot on.”