Tracey Ullman for The Guardian

The actor and comedian on marriage, children, and the records she should never have made 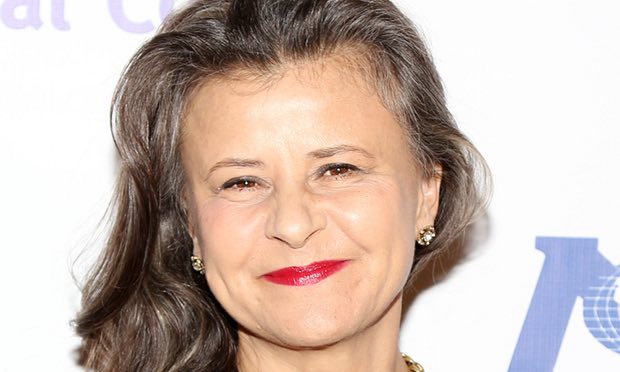 Tracey Ullman: ‘I did a crap impersonation of JK Rowling a few years ago. Sorry, JK.’ Photograph: Startraks Photo/REX/Shutterstock

Born in Slough, Tracey Ullman, 57, won a scholarship to stage school at 12. She made her name in British TV comedy, before moving to the US, where she had an award-winning series, The Tracey Ullman Show, from 1987 to 1990. Her film roles include Robert Altman’s Prêt À Porter and Woody Allen’s Small Time Crooks. Her latest series, Tracey Ullman’s Show, is on BBC1. She is widowed, has two children and lives in London.

When were you happiest?
When I met my husband and had babies. They have made me happy ever since.

What is your greatest fear?
I am not fearful. There’s no point.

What is your earliest memory?
Sticking a pencil in my ear and the lead falling off.

What is the trait you most deplore in yourself?
Judging people too quickly. I think I’m so bloody smart, and I’m not. Well, sometimes I am.

What is the trait you most deplore in others?
Having no sense of humour.

What was your most embarrassing moment?
Asking a stewardess on a plane when her baby was due, and her saying, “I’m not pregnant.”

What is your most treasured possession?
The ring my husband gave me for our 25th wedding anniversary.

What would your super power be?
To fly very quickly between LA and London to see both my children.

What do you most dislike about your appearance?
I have no neck.

If you could bring something extinct back to life, what would you choose?
The Labour party.

What is your favourite word?
“Fuck”.

Who would play you in the film of your life?
Emily Blunt, though she’s too pretty.

What’s your most unappealing habit?
My daughter just suggested “talking over people”. I drowned her out.

What is the worst thing anyone’s said to you?
“Would you like a dialect coach?”

What is your guiltiest pleasure?
Frozen dark chocolate and two Veganin (paracetamol with caffeine and codeine).

To whom would you most like to say sorry, and why?
I did a crap impersonation of JK Rowling a few years ago. Sorry, JK. Can this apology put me on a casting list for your next mega-franchise?

What was the best kiss of your life?
Kevin Kline in I Love You To Death. He trained at Juilliard, so is technically brilliant.

What has been your biggest disappointment?
Realising as I grew up that people don’t really know what they’re doing.

If you could edit your past, what would you change?
I would have stopped making records after They Don’t Know.

How do you relax?
I knit and watch documentaries.

How often do you have sex?
Oh, shut up.

What is the closest you’ve come to death?
On a plane with Meryl Streep in 1984: the engines blew and we had to make an emergency landing.

What song would you like played at your funeral?
The End by the Beatles.

What is the most important lesson life has taught you?
That life is short, but it’s also long.

Tell us a secret
I’m shy.