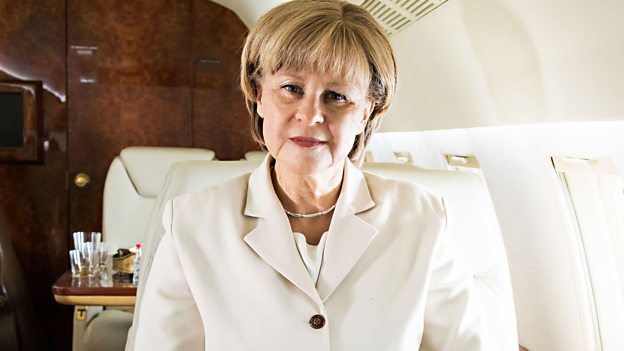 Friday 23 June
Time to be confirmed

Tracey Ullman is back on BBC One with Tracey Breaks The News, a political and topical offering from the award-winning actress, impressionist and comedian. The half-hour special will be filmed close to transmission and broadcast in the aftermath of the general election.

For the first time Tracey is taking on an impression of Theresa May, alongside favourites Angela Merkel (pictured) and Nicola Sturgeon. The show is a mix of famous political figures and everyday people reacting to the results of the general election and the anniversary of the Brexit vote. As the election result will have global implications, the show also looks at the reaction of the Russians, Europeans and - Melania Trump.

Tracey Breaks the News is a BBC Studios production, produced by Caroline Norris. The Director is Dom Brigstocke and the Executive Producer is Gareth Edwards. Commissioning Editor is Gregor Sharp.

This show was included as part of Shane Allen’s recent announcement about a range of satirical shows across all four BBC TV channels.