Series 2 of "Tracey Breaks the News" Under Way!

Tracey spoke to Claire Fordham and revealed among other things that writing on the second series of Tracey Breaks the News had already begun. No date has been announced yet. We can expect three new episodes filmed and aired close to transmission again! 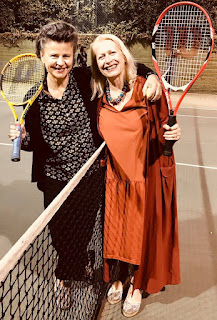 
Writer Gemma Arrowsmith confirmed her involvement in her the new series: