Tracey's Quite A Character! 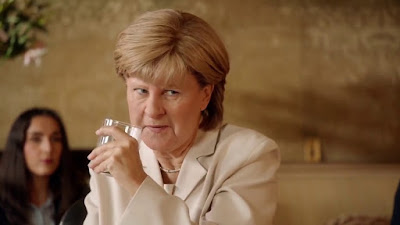 She plays well-known figures including Theresa May in her BBC sketch show, which is back on the box this week.

Actress Betsy-Blue English, who worked with her on the new series, said: “Tracey stays in character even during breaks.

"So I met her while she was in character. She introduced herself as them, not as Tracey."

“That’s real commitment. She’s a proper actress. I kind of admired it. I wouldn’t be able to do that and keep a straight face.”

She added: “I was quite nervous to work with her because she’s such a massive icon.”

Tracey Breaks The News is back on Friday at 9.30pm on BBC One.