Tracey will portray Betty Friedan in the nine episode FX limited series, Mrs. America, set to debut on the network in 2020. 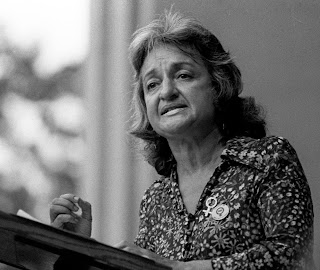 “Captain Marvel” directors Ryan Fleck and Anna Boden will helm the first two episodes and serve as executive producers. The nine-episode series will debut in 2020. The series was created and written by “Mad Men” alum Dahvi Waller and executive produced by Waller, Blanchett, Stacey Sher and Coco Francini. Waller will serve as showrunner.

“Mrs. America” tells the true story of the movement to ratify the Equal Rights Amendment (ERA), and the unexpected backlash led by Phyllis Schlafly. Through the eyes of the women of that era — both Schlafly and second-wave feminists Steinem, Friedan, Chisholm, Abzug and Jill Ruckelshaus — the series explores how one of the toughest battlegrounds in the culture wars of the ’70s helped give rise to the Moral Majority and forever shifted our political landscape.

Blanchett stars as the late conservative firebrand Phyllis Schlafly in the limited series, which marks the Oscar-winning actress’ first-ever TV role in the U.S.; she will also executive produce.

TRACEY ULLMAN as BETTY FRIEDAN – Known as the mother of the women’s movement, Friedan wrote “The Feminine Mystique” and co-founded the National Women’s Political Caucus. She was an active proponent of the ERA.