Catch Tracey in "Curb Your Enthusiasm"

Tracey joins the cast of  HBO's Curb Your Enthusiasm, currently in its eleventh season, playing Irma Kostroski. The series airs Sundays on HBO and HBO Max at 10:30pm ET. 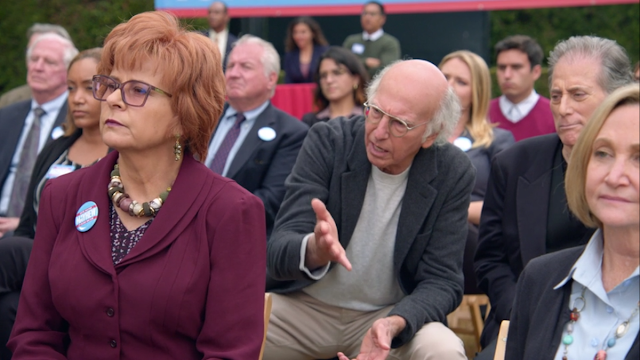 Here's what some of the cast and crew of Curb had to say about Tracey...

"Tracey has a pretty significant role this season. It's amazing she hasn't been on the show already. Working with her was a masterclass. On set, she made it her job to crack Larry up, and she was successful in making him blow takes in almost every scene."

"I did a whole bunch of stuff with Tracey Ullman. I absolutely loved working with her ... She’s in a few different episodes. That was just a dream. I’ve never met her before. She's so committed and she has no vanity whatsoever."

"Tracey Ullman is like bringing in Sarah Vaughn! She was the highlight of the season for me." – Jeff Garlin (as "Jeff Greene")