NEW FILM: "The Tale Of Despereaux"

Small Mouse. Big Dreams.
Opens in theaters December 19, 2008!
The Tale Of Despereaux is based on the 2003, award-winning book of the same title, by Kate DiCamillo.
Trailer

Tiny and graced with oversized ears, Despereaux was born too big for his little world. Refusing to live his life cowering, he befriends a Princess named Pea and learns to read (rather than eat) books -- reveling in stories of knights, dragons and fair maidens. Banished from Mouseworld for being more man than mouse, Despereaux is rescued by another outcast, Roscuro, who also wants to hear the tales. But when the Princess dismisses Roscuro's friendship, he becomes the ultimate rat and plots revenge with fellow outsider Mig. After Pea is kidnapped, Despereaux discovers he is the only one who can rescue her...and that even the tiniest mouse can find the courage of a knight in shining armor.

Born in Philadelphia, Pennsylvania, Despereaux author, Kate DiCamillo suffered from chronic pneumonia. At age 5, she moved from Philadelphia to Clermont, Florida for her health with her mother and older brother, Curt DiCamillo, who would become a noted architectural historian. Her mother was a teacher.Her father stayed behind to sell his orthodontic practice and never rejoined the family in Florida.

DiCamillo majored in English at the University of Florida and worked various jobs after graduation until moving to Minneapolis at age 30. She began writing there around working in a book warehouse, where she met a sales representative for Candlewick Press and submitted a draft of what would become Because of Winn-Dixie.

Her 2003 novel The Tale of Despereaux was inspired by a friend's son who asked her to write a story about an unlikely hero with "exceptionally large ears".

Tracey's voices the character, Miggery Sow, or 'Mig' for short. She is the maid of the castle. She longs to be a princess, just like Princess Pea. She is frequently caught trying Princess Pea's crown on, envisioning herself taking the Princess' place. She is very obese.

Tracey in the recording booth

Making - About the cast 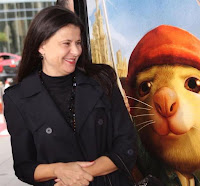 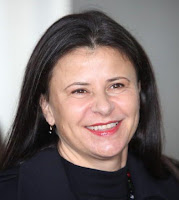 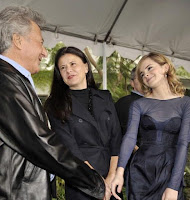 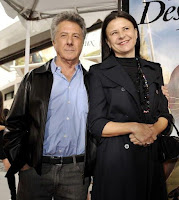 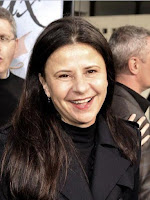 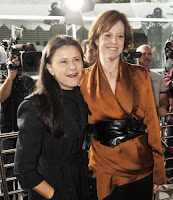 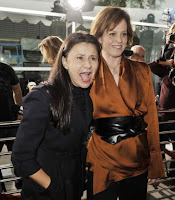 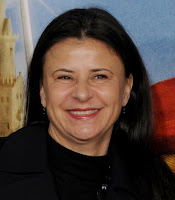 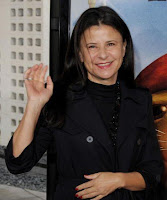 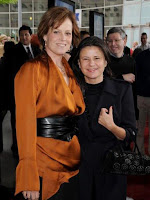