Get Ready for More Tracey Breaks the News!

Expect the new shows in late autumn/early winter this year!

BBC One commits to more satire from Tracey Ullman 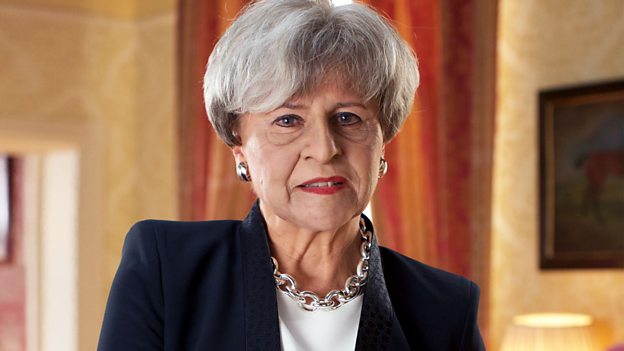 Tracey Breaks The News commissioned for a special three-part run.

The three programmes (3 x 30 minutes) from BBC Studios will be filmed close to transmission and will see the double BAFTA award and seven times Emmy award winner tackle topical stories and current issues in a sketch show written and filmed right up to the day of broadcast.

Viewers can expect the return of favourites Angela Merkel, Nicola Sturgeon and Theresa May as well as the introduction of some extraordinary new faces including French First Lady Brigitte Macron and Labour Leader Jeremy Corbyn.

Tracey Ullman says: “I am thrilled to be allowed to Break the News again with my fantastic team of writers and performers. It’s wonderful that there is so much comedy to be found in the world’s current terrifying doom spiral.

“These are uncertain times, but I have my money on Angela Merkel to win the German election - don’t let me down Angela, you are like my Dot in EastEnders. Theresa May - hang in there, I’m not done with you yet, and Nicola Sturgeon - all power to your elbow hen, I promise my accent will be 10% better this season.

“I can’t wait to play new characters including the glamorous FLOF (First Lady of France) Brigitte Macron and a certain Labour leader, who we imagine has a marvellous sense of humour and will no doubt be delighted to see himself depicted by a middle aged woman (please don’t shave your beard off Jeremy, we’ve just had one made). Onward!"

Shane Allen says: “The world has changed so quickly in the last year, so it makes sense that Tracey’s show moves to a more reactive format to keep satirical pace with it all. Tracey’s immense shape-shifting character talent means she brilliantly nails the many female world leaders alongside some of the blokes as well. She’s the comedy equivalent of the New Year’s Eve fireworks - she goes off in all directions and is always spectacular.”

Chris Sussman, Head of Comedy, BBC Studios says: “With so many powerful women in world politics at the moment, it's lucky we've got a brilliantly powerful woman of our own to poke fun at them. Nobody is better placed to skewer the news at the moment than Tracey Ullman, and I can't wait to see what she's got in store for Theresa, Angela, Melania, Nicola and all the rest.”

Tracey Ullman returned to BBC One with rave reviews in 2016 with Tracey Ullman’s Show, nominated for Outstanding Variety Sketch Series at this year’s Emmy Awards. She went on to make the one off special Tracey Breaks The News which aired earlier this year.

Tracey Breaks The News is made by BBC Studios. The producer is Caroline Norris and the Executive Producer is Gareth Edwards. The show is commissioned by Charlotte Moore, Director, BBC Content and Shane Allen, Controller, BBC Comedy Commissioning.