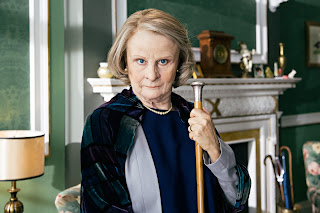 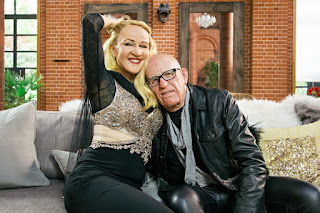 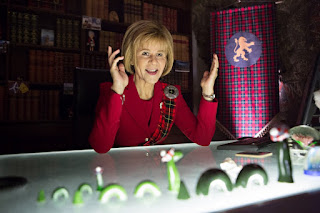 A longtime HBO favorite returns with six new episodes of her Emmy®-nominated series when TRACEY ULLMAN’S SHOW kicks off its second season FRIDAY, OCT. 20 (11:00–11:30 p.m. ET/PT), exclusively on HBO. Emmy® winner Ullman stars as a wide array of famous faces and everyday people in the sketch comedy show, which looks at modern life on the British side of the pond.

Over the course of the new season, Ullman uses her signature brand of sharp satire to shape-shift into a range of public figures and offbeat original characters. She reprises her characterizations of Dame Judi Dench, German Chancellor Angela Merkel, Dame Maggie Smith and Camilla, Duchess of Cornwall, and introduces her takes on model and new Murdoch family member Jerry Hall and pop singer Adele.

Delinquent Dame Judi Dench relies on her “national treasure” status to get her out of trouble; overachieving BBC broadcaster Clare Balding can’t keep herself off-camera; dinner gets dramatic at the Murdoch family home; German Chancellor Angela Merkel sings a heartfelt song to express her loneliness; Doctor Peluzzi practices outside the law when prescribing “medication” for a patient; and Scottish politician Nicola Sturgeon kidnaps a famous British author in service of Scotland.

Camilla, Duchess of Cornwall, makes unexpected purchases; a news anchor brings her cats to work; Kay and her elderly mother get caught in a flood, but refuse to leave their home; Dame Maggie Smith starts a YouTube channel; and “Northern Powerhouse” Pam Garrity is less than thrilled when she meets her son’s fiancé. Meanwhile, urban planners enter into a rap battle about the pros and cons of gentrification; feminist icon Germaine Greer rants at a bus stop; and a Murdoch family movie night gets uncomfortable for the kids.

The series is also available on HBO NOW, HBO GO, HBO On Demand and affiliate portals.

Recently nominated for a Primetime Emmy® for Outstanding Variety Sketch Series, the first season of TRACEY ULLMAN’S SHOW received critical raves, with Variety writing, “Her voice impressions of [Maggie Smith and Judi Dench] are so impeccable they’re uncanny.” The UK’s Independent declared the show a “triumphant return” for Ullman, and the Wall Street Journal hailed the series as a “caustic cause for celebration.”

Ullman burst on the U.S. TV scene in 1987 with the broadcast series “The Tracey Ullman Show,” which brought her two Emmys®, and also gave birth to “The Simpsons.” She also won Emmys® for guest appearances on “Ally McBeal” and “Love & War.” Ullman’s film credits include “Into the Woods,” Tim Burton’s “Corpse Bride,” John Waters’ “A Dirty Shame,” Woody Allen’s “Small Time Crooks” and “Bullets Over Broadway,” “Panic,” Robert Altman’s “Ready to Wear,” Mel Brooks’ “Robin Hood: Men in Tights,” “I Love You to Death,” “I’ll Do Anything,” “Household Saints” and “Plenty.”